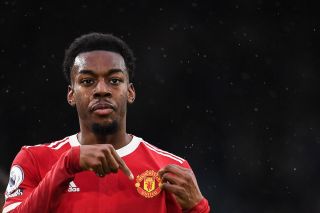 Manchester United are back in Premier League action and Ralf Rangnick has named his starting eleven to face Leicester City at Old Trafford.

Several players stayed at Carrington during the March internationals while others on national duty competed for a place in the World Cup finals.

However, the Red Devils are four points behind Arsenal in the final Champions League berth having played a game more, so all we can really do at this point is win our remaining matches and hope for a result or two from elsewhere.

Leicester City currently occupy a mid-table position, 14 points from the relegation zone, but this is a fall for a side that has competed for the European places in recent seasons. It’s no wonder Brendan Rodgers haven’t been linked with the United job in such a long time.