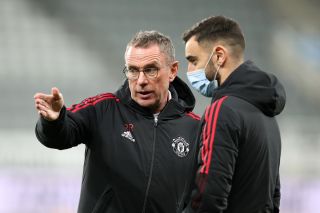 The Portugal international has extended his deal until June 2026, doubling his wages in the process to make him one of the highest earners at Old Trafford.

“I think that’s very good news for the club, for the fans, the supporters also for Bruno to know he will be here for the next five years, I suppose,” Rangnick told reporters, as per the Express.

“There is no doubt he is a very important player for this club and this team.

“That’s great news, I already congratulated him yesterday after his return from the World Cup qualifiers.

“He played very well, scored the most important goals to qualify.”

Let us know in the comments section how you feel about Fernandes getting a new deal.