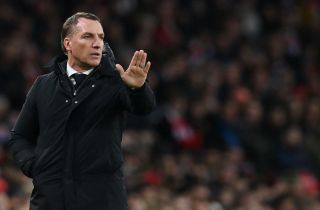 Manchester United host the Foxes in what will be a must win game for the Reds, who can’t afford to drop many more points if they are to catch up with Arsenal in the race for a top four finish.

Ralf Rangnick’s side sit sixth in the table, behind not only Arsenal but Tottenham, so it is a boost that we will be playing Leicester City without two of their key players.

The Foxes have won each of the last three meetings across all competitions but it’s a huge boost for our defence that Vardy won’t be available. The former England international has scored six goals against United during his time at the King Power Stadium.

Rodgers has provided an update on his team before the match, saying (via ManUtd.com): “We’ll see really. We just work day by day really. He’s [Vardy] certainly not fit for the weekend but we’ll assess it over the next week or two weeks.”

Ndidi’s injury is another blow for Leicester. He had an operation after suffering a knee injury during the Europa Conference League tie with Rennes and looks set to be replaced by Nampalys Mendy for the remainder of the season.

“He has had surgery and will be looking to get back in June,” Rodgers added. “Papy Mendy has come in, we though we was leaving last summer but he has come back in and he’s always been professional.”