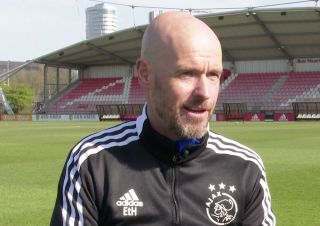 Erik ten Hag is probably the most sought-after coach in Europe at the moment.

The Ajax manager is currently the leading candidate for the job at Manchester United, along with Paris Saint-Germain head coach Mauricio Pochettino.

Despite all the fuss about his future and Ajax being in contention to win the double this season, Ten Hag took over half an hour to conduct an interview with SPORT1.

The 52-year-old spoke about a range of topics – from the secret behind Ajax talents, Bayern Munich target Ryan Gravenberch and the rumours of a move to Old Trafford.

🚨 Out now! Our excl @SPORT1 interview with Erik ten Hag who is one of the most interesting manager. The Ajax coach on his future plans, being interviewed by ManUnited, the Bayern targets Gravenberch and Mazraoui and much more. #MUFC #afcajax @kerry_hau https://t.co/PNd4QrXpwc

“My focus is currently only on Ajax,” Ten Hag said when asked about his current contract, which expires in 2023. “But in football you never know. I don’t want to rule anything out. I’m currently employed here at Ajax to perform. With the cup final against Eindhoven we still have eight finals left, and I need all my energy for that. Anything else would just be a distraction. I know in football everything can change from one day to the next. If at some point I should decide to take the next step, I hope that people here will understand.”

The vast majority of United fans seem to want Ten Hag more than the other candidates.

Pochettino is a strong alternative, though I can’t see Luis Enrique leaving the Spain position before the World Cup and Julen Lopetegui shouldn’t be considered for the job. Sevilla play defensive football and we should be hiring a manager renowned for playing attractive football.

He was also asked to confirm talks with United but remained coy on the situation.

“Everyone knows each other in the industry,” Ten Hag added. “There are always talks with representatives from other clubs, that’s normal. Manchester United is a great club with great fans. But I can only repeat myself: My full focus is completely on Ajax! We are already planning for the new season.” 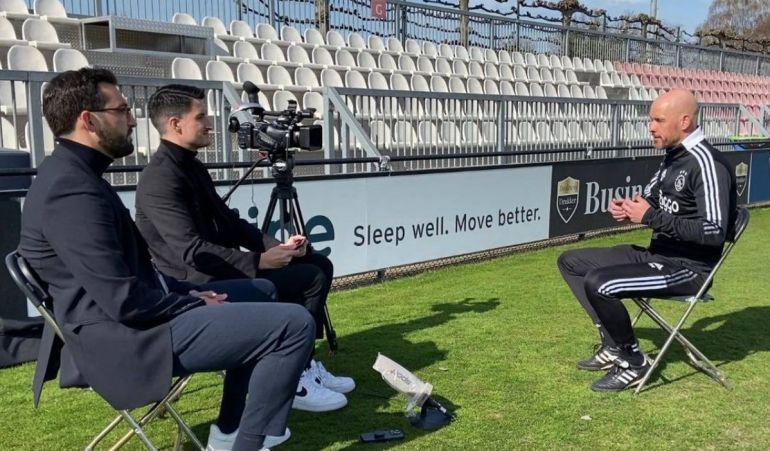 Ten Hag is right to plan for next season at Ajax because it would be sensible to keep doing so until United make him an offer.

The Reds remain undecided and look set to carry out a second round of interviews in the coming weeks.

Ajax take on Groningen at 3:30 so you might get to see some of that game before United host Leicester City at 5:30.