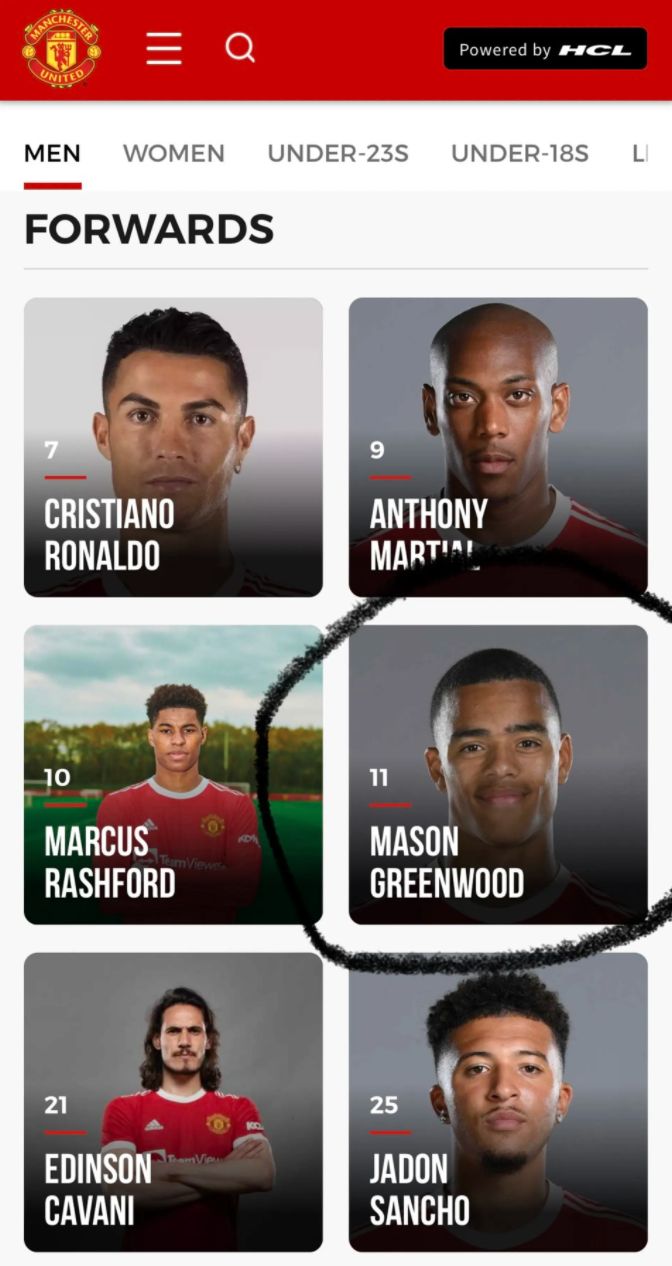 The Red Devils have confirmed that Greenwood’s situation remains unchanged which makes him banned from club duties until further notice.

Greenwood is currently out on bail after his arrest on suspicion of rape, sexual assault and threats to kill.

United have responded to claims on social media saying they are false.

“There has been no change whatsoever in Mason’s status,” the club said, as per The Sun.

“We removed his profile from the club app soon after he was removed from the squad in January.

“This was in order to remove Mason from interactive elements of the app, such as team predictions etc.

“However, his profile was never removed from the website as he remains a Manchester United player, albeit not currently part of the squad while the legal process unfolds.”

United suspended Greenwood back in January following his arrest and he has not played since the Premier League fixture against West Ham.

According to The Mirror, Greenwood’s bail will expire on 30 April, at which point it could be extended.

Elsewhere, Greenwood has been removed from FIFA 22 and Cadbury, one of United’s partners, but everything has gone quiet in recent months with the investigation ongoing.

Greenwood made his senior debut for United in March 2019 and made a total of 129 appearances for the club.