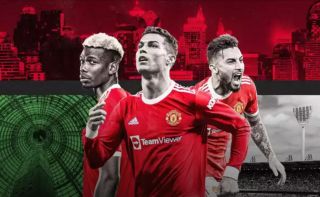 Manchester United have confirmed that they will travel to Australia and Thailand for a short pre-season tour in July. It will be the club’s first overseas pre-season tour for three years.

The Reds will face arch-rivals Liverpool in Bangkok on July 12 at the Rajamangala stadium.

Then there will be games against A-League side Melbourne Victory on July 15 and Crystal Palace on July 19.

Both games are scheduled to take place at the Melbourne Cricket Ground, which is Australia’s biggest sporting stadium.

Every player travelling to the country for the games needs to be vaccinated against COVID-19, as part of Australia’s stringent vaccination rules.

According to the Manchester Evening News, a fourth friendly could be played before United return to Manchester – with discussions taking place over a potential game in Scandinavia.

Football director John Murtough said, as per ManUtd.com: “Pre-season tours are such an important part of the squad’s preparation for the season ahead, so it’s crucial to have excellent training facilities and high-quality opposition.

“We’re delighted that we’ll have both these things during our visits to Bangkok and Melbourne this summer, and we’re looking forward to playing in front of our fans in both cities for the first time in a number of years.”

Paul Pogba has been included in the promotional material for the tour even though his contract is set to expire soon.