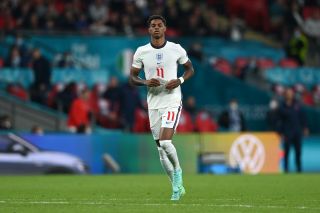 Justin Lee Prince, 19, will spend six weeks in prison for racially abusing Marcus Rashford on Twitter after the Euro 2020 final.

The young male was sentenced on Wednesday at Kidderminster magistrates court, in his home of Worcester.

Price previously admitted one count of sending a vile message by a public communication network at a hearing on 17 March.

However, it is noted that he tried to avoid detection by changing his Twitter username – but the tweet had already been reported.

Mark Johnson, senior crown prosecutor for CPS West Midlands, said (via The Guardian): “Price targeted a footballer based on the colour of his skin and his action was clearly racist and a hate crime.

“Those who racially abuse footballers ruin the game for al. I hope this case sends out the message that we will not tolerate racism and offenders will be prosecuted to the full extent of the law.”

You can only imagine, that will the growth of social media in the last 10 years, that hate crimes relating to football are on the rise.

But we must stamp it out.

There is no place for racism in football and it’s a relief to see they found someone responsible for the disgusting abuse aimed at Rashford last summer.

This can have a huge impact on players and Rashford is one who has struggled with his confidence this season.