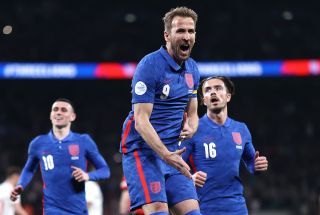 Manchester United are planning for a busy summer.

According to Laurie Whitwell of The Athletic, the Red Devils want to sign four new players this summer, with the current squad in need of reinforcements ahead of the 2022/23 campaign.

Tottenham Hotspur striker Harry Kane is believed to be the priority target, with Benfica’s Darwin Nunez considered an alternative option. The 22-year-old Uruguayan has scored 26 goals in 33 games this season and could be a good fit for the Reds.

Meanwhile, Kane hasn’t been at his best this season, but it was clear that he wanted to leave Spurs last summer.

At the same time, Tottenham fans will argue that we haven’t won a trophy in 5 years, so why does the England captain think he will be more successful after joining United?

United are said to be in the market for two midfielders – one defensive, one offensive – and a right-sided winger. Although Jadon Sancho was initially signed to play on the right flank, coaches later came to the conclusion that he’s actually better attacking from the left.

The report also stresses that United’s search for a new manager is complicating talks with potential signings. That is to be expected because players won’t commit to joining the club until they know who is going to manage the team next season.