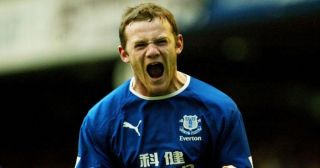 Manchester United legend Wayne Rooney has revealed he told Sir Alex Ferguson to ‘f*** off’ when he tried to sign him aged 14.

The Derby County manager, 36, has stated he only had eyes for Everton when initially approached by the former Manchester United manager.

Rooney went on to become an instant star at the age of 16 – after scoring a last-minute winner against Arsenal in October 2002. From that point, everyone knew who Rooney was, even though it was before United fans named him the White Pele.

United eventually signed him in 2004 and Rooney went on to become the club’s all-time leading goalscorer.

Rooney told The Sun: “Sir Alex Ferguson tried to sign me when I was 14. He was on the phone to my mum and dad.

“They said, ‘Alex is on the phone, Manchester United want to sign you.’

Classy as always from Wayne…