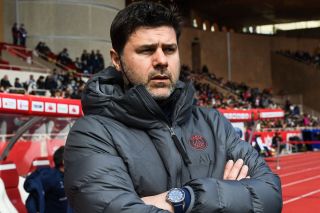 It has emerged that Mauricio Pochettino has been interviewed for the Manchester United job, according to reports in France.

The club met with Erik ten Hag a week ago to interview the Ajax manager for the vacant position at Old Trafford, but it was strongly suggested at the time that they wanted to conduct more interviews to ensure a thorough process in appointing the right man.

According to Footmercato journalist Santi Aouna, Pochettino was recently interviewed by United, who are looking to appoint a new manager at the end of the season.

The Argentine is noted as one of the favourites with Ten Hag — but no decision has been made by the United board.

The appointment process should speed up now that the two front runners for the job have been interviewed.

It has been a topsy-turvy season for Ligue 1 giants Paris Saint-Germain after crashing out of the Champions League in the last-16 stage, although Pochettino is set to win his first league title which should be enough to silence some of his critics.

Let us know in the comments section who you would like in charge of United next season?