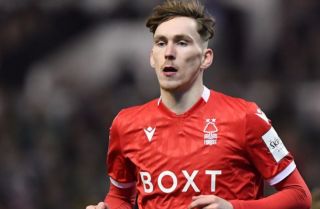 Leeds United are expected to undergo a summer of change.

After dismissing Marcelo Bielsa and appointing Jesse Marsch, it was always going to take time, but the American coach would eventually need to get the players in that he wants to build a team with.

No offence to Bielsa or what he built at Elland Road, but they should be pushing for change after watching Marsch get back-to-back wins over Norwich City and Wolves before the international break.

We all hate Leeds at Stretty News, but it’s been interesting to see the American coach steer the Whites away from the relegation zone, especially when they looked destined for relegation under Bielsa.

However, while some Leeds fans will be preparing to see some of their best players leave in the summer, there is also growing speculation that they will make some decent signings.

According to a recent report from The Athletic, Jesse Marsch is a fan of Manchester United midfielder James Garner.

Garner, 21, has had a terrific season on loan at Nottingham Forest making 36 appearances and is being tipped for big things in the future. His contract at Old Trafford won’t expire until 2024, so there is plenty of time for him to have an impact under the next Manchester United manager.

It remains to be seen whether United want to send him out on loan again, but I wouldn’t be surprised if he was part of our squad next season.

A move to another Premier League club may be a good idea, though I’m not in favour of sending talented players to dirty Leeds.