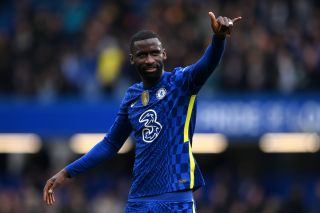 Antonio Rudiger is reportedly open to the idea of moving to Old Trafford when his Chelsea contract expires this summer.

According to reporter Christian Falk, the Germany international wants to talk to Manchester United’s new manager before agreeing to join the club.

Falk tweeted: “TRUE: a decision about a future of @ToniRuediger at @ManUtd is difficult. Rudiger would like to Talk with the new Coach before…”

TRUE✅ a decision about a future of @ToniRuediger at @ManUtd is difficult. Rüdiger would like to Talk with the new Coach before… pic.twitter.com/PuGQQKx2J1

That sounds easier said than done because the United board are still unsure about who they want to appoint as their next manager. Erik ten Hag has been leading the race, but they’ve also interviewed Paris Saint Germain coach Mauricio Pochettino.

Ralf Rangnick is expected to move into an advisory role at the end of the season, and we hope that he has a role to play in identifying transfer targets in the future.

While Rudiger has been one of the most consistent defenders in the Premier League this season, the centre-back is likely to demand huge wages for his next deal, which is set to be the biggest of his career.

United need to strengthen at the back but I would be shocked if they gave Rudiger the money he wants.

Let us know in the comments section if you think United should try to sign the Chelsea defender.