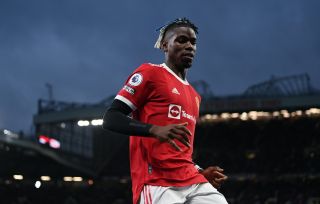 We find ourselves discussing Paul Pogba’s future during every international break.

Paris Saint-Germain, Real Madrid and Juventus are expected to react when the French midfielder becomes a free agent at the end of the season. Some reports suggest that two Premier League clubs have reached out to the player’s entourage with interest in signing him.

But it sounds like Pogba is still undecided over his future, with the midfielder stressing that nothing has been decided yet.

When asked about his future, Pogba told Telefoot: “Nothing is decided on my future, there is nothing done.

“I can decide tomorrow, as I can decide during the transfer window. I want to come back, finish the season well.

“This season is not over yet, but almost because we don’t have any more titles to play for. I want to win titles, to play for something and this year and the last few years we haven’t won a title. It’s sad.”

This sounds like a watered-down version of a recent interview Pogba gave to French media.

Pogba is clearly unhappy at United and he will be gearing up for the biggest contract of his career this summer. It only helps their negotiation position that his contract has run out and Mino Raiola will be sure to take advantage of that.

The least he can do is put his head down and work had for the remainder of the season. It would only help our bid for a top four finish if Pogba got back to his best.