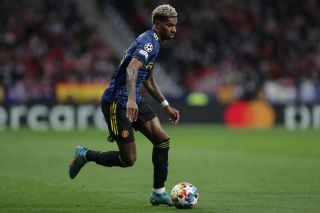 Marcus Rashford has reportedly told his close friends that he wishes to leave Manchester United in the summer.

A source close to the Manchester United star has apparently told Football Insider that he wishes to end his ties with the Red Devils to reignite his career.

Rashford has not been playing well this season and it remains to be seen if there will be much interest in his signature – because the England international won’t come cheap since he’s under contract at Old Trafford until 2023, but the club holds the right to extend it until 2024 if they want to stall his exit plans.

The only could I can think that would be interested in Rashford this summer is PSG, especially if they lose Kylian Mbappe to Real Madrid.

It is noted that Rashford’s willingness to leave is not connected to the club’s search for a new manager. But surely whoever gets the job will be tasked with turning Rashford’s career around and getting the best out of him.

I, for one, would like Rashford to stay put for another year under a manager who can help build his confidence.

Let us know in the comments section if you think Rashford will leave United this summer?