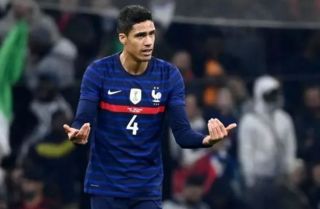 Varane started against Ivory Coast and played almost 60 minutes in that match before being replaced as Deschamps made a change. France won the match 2-1.

The France international has picked up an unwanted injury record in Manchester following his summer move from Real Madrid.

He missed three games for United after picking up a groin injury while playing for France in October, and now we have a fresh setback at a time the Reds need to win the majority of their remaining games to have any chance of finishing in the top four.

Next up for United is Leicester City at Old Trafford on Saturday 2 April.

We don’t know how long Varane will be sidelined for, but Ralf Rangnick will hope it’s nothing serious.

Nobody wants to see Victor Lindelof and Harry Maguire partner one another at centre-back. I thought we’d seen the last of that.