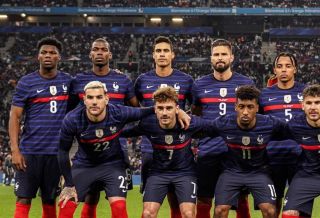 The Manchester United midfielder became the youngest player in history to reach 90 international appearances for France, at the age of 29, which is a marvellous achievement.

Pogba has yet to decide his future at club level and it looks like he is stringing United along before leaving on a free at the end of the season. A number of clubs are said to be interested — even Newcastle United and Aston Villa — but it will take crazy wages to convince him to sign.

Real Madrid, PSG and Juventus are all likely destinations — but do any of these teams need Pogba right now? Do they think he is capable of showing more consistency than he has shown at United?

I’m not convinced and I don’t really care either way. It’s clear Mino Raiola and Pogba were planning a free transfer this summer for some time.