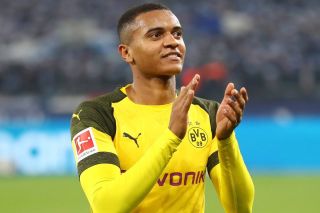 Manchester United have been handed a boost in their reported pursuit to sign Manuel Akanji from Borussia Dortmund.

With United having a number of problems at the back, the next manager is expected to make a defensive signing or two in the summer, but first we must wait for one of the candidates to be chosen.

According to BILD, Akanji has resisted any temptation to stay at Dortmund and wants to explore offers at the end of the season. That may suggest that the Switzerland international is ready for a fresh chapter.

Akanji has been repeatedly linked to Manchester United, as per the Manchester Evening News.

It is suggested in the article that the 26-year-old could be available for around £20m, which would make him a cheaper alternative than fellow target Ronald Araujo.

However, speaking to Blick, as cited by Bulinews, Akanji’s entourage insist that he remains in talks with the club about the possibility of extending his contract beyond 2023.

“He currently wants to concentrate solely on the important last games of the season. If there is something official to report, that will follow from the club side.

“We are in exchange with BVB.”

If I could give the next manager one piece of advice, it would be to sign an upgrade on Harry Maguire and that shouldn’t be hard. An upgrade being somehow who fits into the style we want to play.