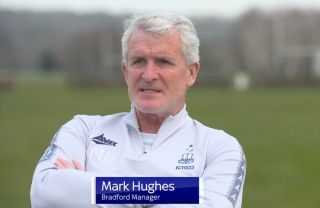 From the video below, you can tell that Hughes would pick Pochettino over Erik ten Hag, even though the current Ajax manager is considered a favourite among fans.

Ralf Rangnick’s term as interim manager is now coming to an end and United are in the process of appointing a new manager.

There are four managers in the running for the job. The other candidates include Luis Enrique and Julen Lopetegui.

United interviewed Ten Hag on Monday, but more interviews with fellow candidates will follow in the coming weeks.

Hughes, who is currently in charge at Bradford, was speaking to Sky Sports News when he argued that Premier League experience should edge it for Pochettino when United make their decision.

“If you’ve ever had no experience either as a player or a manager I think it can take you back,” Hughes said.

🗣 "If you've ever had no experience either as a player or a manager I think it can take you back."

Mark Hughes has sided with Mauricio Pochettino to get the Man United job over Erik ten Hag due to Premier League experience pic.twitter.com/HWOzzQja1K

Obviously it’s a bonus for Pochettino to have Premier League experience, but that hasn’t stopped successful managers in the past from doing a good job in England, such as Jurgen Klopp and Pep Guardiola.

Whoever gets the job at Old Trafford will have their work cut out for them.