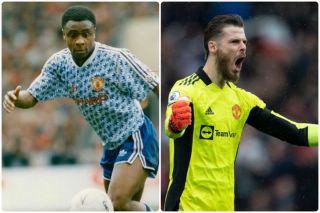 Former Manchester United defender Paul Parker has had some surprising opinions down the years, but that is what makes him an interesting speaker.

Sometimes you will agree, others you won’t, but at least you can be certain that Parker will never hold back.

When asked about which United players from the current squad he believes are undroppable right now, Parker said: “When I look at it, somebody else, other than those two (Fred and David de Gea), who earns the right to play week in and week out, I’m just gonna go with (Anthony) Elanga.

“As a young lad, he has shown no fear, he is showing that he wants to play regularly. I think he’s done really well and he’s just caught up with bad luck at this moment in time.

“Those two and Elanga, I’d put him there as a young boy who kind of seems to be growing up very quickly. He can only improve if he plays with the best of players.”

It really is a difficult talk to name 3 undroppable players from a team that has struggled all season. And a team that will go five years without a trophy.

De Gea has been solid between the posts, Fred is having a bigger influence than ever before (hmm?) and Elanga is at least exciting.

My trio would be: De Gea, Raphael Varane and Jadon Sancho.