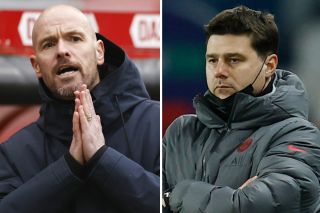 Manchester United will hold talks with more managerial candidates after interviewing Erik ten Hag on Monday, according to reports.

According to the Manchester Evening News, United are keen to carry out interviews with fellow candidates Mauricio Pochettino, Luis Enrique and Julen Lopetegui before deciding who will be will our next manager.

This is United’s attempt to show everyone that they are going through a thorough process to hire the right man for the job, however, anyone that has watched Sevilla under Lopetegui will know that his style of football would not be an improvement on what we’ve seen in recent years.

Enrique seems a difficult appointment because he is set to manage Spain at the World Cup in Qatar later this year, while Pochettino appears to be running out of time at Paris Saint-Germain.

Moreover, United were impressed by their interview with Ten Hag and Stretty News understands that the Dutchman is the favourite to get the job.

Gary Neville reckons a formal announcement could come from United in the next week or so, but respected journalist and United We Stand editor Andy Mitten stresses nothing is imminent just yet.

Reports Ten Hag has been interviewed this week . If formal interviews have started and with it being such a public process I would expect a new manager announcement within a week or so.

Who do United fans want ?

If Neville’s prediction proves accurate, United fans will know who their next manager is before the season ends, which would be ideal.

It is also worth noting that the 2022-23 campaign will start earlier than usual (August 6) because of the winter World Cup.