The commanding Englishman is without a doubt one of the Premier League’s finest defensive midfielders and he shows that week in, week out.

However, still, with another two years left on his Hammers’ deal, David Moyes’ side are under little pressure to sell the England international this summer and so, if bidders are deadset on signing Rice, they’ll need to pay £150m for the privilege (Daily Mail).

Although United have continually been linked with Rice, so have his former club Chelsea but considering Roman Abramovich’s recent sanctions, it is unlikely Blues fans will witness much in the way of commercial activities this summer and that could pave the way for United to take advantage. 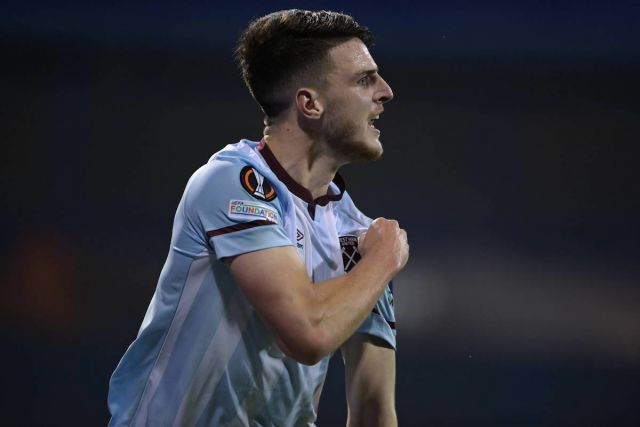 Speaking about the prospect of seeing Rice make a move, that would be a British transfer record, to Old Trafford, former Aston Villa striker Gabby Agbonlahor feels the Englishman is better off biding his time.

“Man United are probably the only club he would probably want to go to. But he wants to win trophies and play in the Champions League.

“He might even be looking at somewhere else in Europe.

“He’d rather go to Real Madrid than Man United. The players don’t look happy there [at Old Trafford] and Rice is a happy player, he looks like he’s enjoying his football at West Ham.

“Does he want to go somewhere with such negative vibes?”

Since being promoted to the Hammers’ senior team in 2017, Rice has gone on to feature in 183 matches, in all competitions, directly contributing to 18 goals along the way.