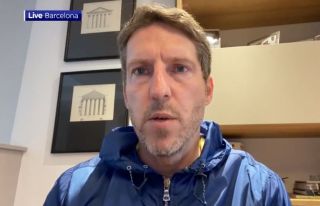 Respected journalist Andy Mitten has provided an update on Manchester United’s search for a new manager.

The biggest talking point this morning is whether Erik ten Hag has been chosen as the next Manchester United manager, although Mitten believes there are other candidates and that no appointment is imminent.

United will hope that they can come to a conclusion in the coming weeks in order to give the new manager time to start building his team ahead of next season.

However, Mitten stresses that Ten Hag impressed during his interview with the club on Monday.

The editor of United We Stand told Sky Sports: “From Manchester United’s perspective he has impressed in the first meeting.”

🗣 "There are other candidates. There will be more talks, and I am told no appointment is imminent ."

I mean, what more does Ten Hag need to do to get the job?

His Ajax side play brilliant football and win silverware. On top of that, he clearly spoke well during the interview and that impressed United.

This will is likely to intensify over the coming weeks but Mitten warns that other candidates will be interviewed for the job in due course.