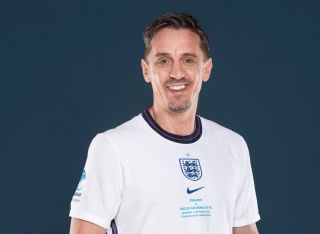 The squads for the Soccer Aid match between England and the Rest of the World have been revealed and there is plenty of reasons for Manchester United fans to get excited.

Unfortunately, the biggest reason is we haven’t had much to get excited over in recent years, but I’m really talking about the chance to see some of our heroes of yesterday in action again.

You know, some of the lads who made us proud out on the pitch.

Gary Neville will be involved in the England squad, while Patrice Evra will be representing the Rest of the World along with United fan and Olympic legend Usain Bolt.

Both teams will have a mix of celebrities and former footballers.

Soccer Aid for @UNICEF_uk returns to the capital 🙌

All to help kids worldwide 💙

Tickets start from £10 for children and £20 for adults (booking fees apply). pic.twitter.com/NLslMaFEe4