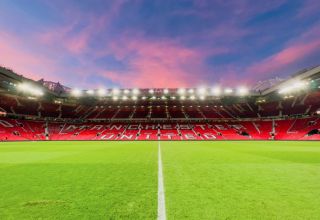 Whether temporary or permanent, Manchester United’s manager is dealing with a poisonous dressing room.

After another meek surrender against a street-smart Atletico Madrid, following another in the Manchester derby, everyone has been quick to decry Ralf Rangnick as some hipster supply teacher failing to control a class full of errant and frustrated schoolchildren. The chaotic, rambling win against Spurs this weekend, will have done little disabuse the naysayers of that opinion. Despite the three points and noticeable improvement in form and organisation since his arrival, key players still do not respect Rangnick or buy into his methodology.

However, this overlooks the real problem – whomever is in the hot seat at Old Trafford is doomed to fail, with the club’s hierarchy in thrall to an expensively assembled troupe of over the hill and Z-list galacticos with inflated senses of entitlement.

Rangnick’s inability to effectively mould the team into a coherent and effective unit on a consistent basis is due the poisonous personality of the dressing room, rather than his own lack of perceived managerial success. Players with egos far outsizing their achievements and ability have been paired up with passive wage collectors, who often wonder for what purpose they are even at United.

Stories leaked to the media from unhappy players about training, coaching and culture, suggest a successful group chafing against a know-nothing outsider, much like how Rafa Benitez crashed and burned at Real Madrid.

But these players haven’t achieved any real success at the club and have often flattered to deceive. Hearing Paul Scholes – a man whose post playing career has amounted to becoming a laughably bad manager and a worse pundit – lazily suggest that another manager, such as Diego Simeone, in the United dugout would yield better results than Rangnick is patently absurd.

Had Simeone and Conte been United manager right now, rather than grumblings leaked to the press, you would have open warfare in the dressing room. Just ask Jose Mourinho or Louis van Gaal, two of the most confrontational and domineering managers of the modern game. Rightly or wrongly, their personalities and outstanding CVs did not save them from ridicule, player mutiny and ignominious dismissal.

Ironically, United’s greatest period of behind-the-scenes harmony, seemed to be under Ole Gunnar Solskjaer. However, as repeated important defeats and this season’s alarming implosion proved the players liked rather than respected him. He never applied any pressure or demands of the players and his coaching team seemed to often deploy tactical systems from the mid-1990s. In fact, it has become increasingly plain that Solskjaer’s desire to be everybody’s best mate and not upset anyone is why the players liked him.

Players always failed when it mattered and were annihilated by supposed rivals because it never mattered when they kept their spot. The boss was all about good vibes, until the worst team in the league humiliate you 4-1, after your local rivals and done the same in the weeks prior. At which point the players deserted their best mate, an admittedly out of his depth steward, forcing him into a distressing exit.

The heritage project culture of Manchester United, cultivated by the club’s vulture capitalist ownership, has bred a sense of bratty entitlement amongst the players. Players, who have been sold various and diverse lies to join, believe they will always be backed for retweets and binbag partners over the manager. The prioritising of using players to sell products rather than build fabulous careers has turned United into a black hole of professional ambition.

Irrespective of how the rest of the season plays out for United, there must be a comprehensive overhaul of priorities. Players will have to leave, in substantial numbers, when it is so clear they have little to contribute going forward or are a malign influence on their teammates.

This though, depends on the desire of United’s owner to do anything other than the bare minimum required to pay themselves annual dividends. The appointment of Ed Woodward’s university mate as his replacement under the Glazers and, John Murtough promoted to the vague role of “Football Director,” for seemingly no other reason than being there for a while, do not give much cause for optimism