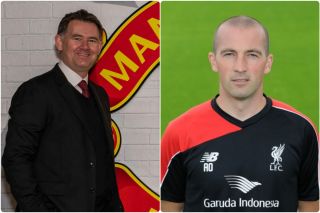 Manchester United could appoint Andy O’Boyle as their deputy director of football, according to reports.

Who is that you might ask? None other than a former Liverpool employee.

The Northern Irishman spent almost seven years at Anfield while also working with England’s Under-21s. The Daily Mail now suggest that he is in line for a new job at Manchester United.

O’Boyle left Liverpool in 2017, just before they started to see success on the pitch and became head of elite performance at the Premier League, so we ought to question how someone with a heavy background in sports science is best suited to a DoF-esque role…

Apparently, United’s recruitment department are sold on O’Boyle’s general and varied experience, but is he really the best man for the job?

It is also noted in the report that United believe their football director John Murtough needs someone alongside him to help steer the ship at Old Trafford.

I hope that, if O’Boyle becomes deputy director of football, I’m proven wrong.