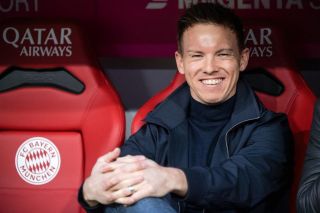 A source told Sky Sports: “In an ideal world, Julian Nagelsmann would walk into the club this summer,” but there is an understanding that he would not swap Bayern until he could move to a stable Premier League option.

In other words, a club that prioritises on-pitch success and is primed to lift silverware.

Manchester United have a long way to go if they to reach that level again – and it will take more than just appointing a new manager.

The concern here is that Nagelsmann is waiting for the job at Man City or Liverpool, whenever Pep Guardiola and Jurgen Klopp decide to call it a day in England.

However, in the same report, it is noted that United have a four-man shortlist for the job. It includes Mauricio Pochettino, Erik ten Hag, Luis Enrique and Julen Lopetegui.

I can see why United would see Nagelsmann as the dream candidate. At 34, he’s on course to lead Bayern Munich to his first Bundesliga title and they play brilliant football.