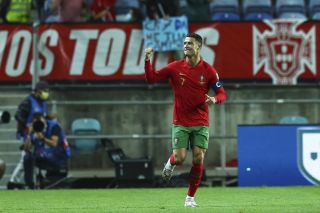 Portugal have yet to secure a place at the Qatar World Cup, but Cristiano Ronaldo has already outlined his ambitions for this year’s tournament.

This could be Ronaldo’s final opportunity to play at a World Cup and Portugal have been dealt a blow in terms of missing personnel for the upcoming qualifying play-off against Turkey.

“Proud, as always, to represent Portugal.

“We know that the path will not be easy, we have the utmost respect for the opponents we will face and who share the same goals as us. But together, we will fight to put Portugal in its rightful place. Let’s do it.”

Ronaldo found the back of the net six times during the group phase, though he will be won’t have all of his team-mates behind him due to injuries, illness and suspensions.

However, things have got worse for Fernando Santos’ side, with the news that Pepe has tested positive for COVID-19 (via The Mirror). The centre-back is expected to return for the second of the two play-off games.

It would be a shame for arguably the greatest player of all-time to miss out on the World Cup. Everyone wants to see the best players involved in the biggest competitions.