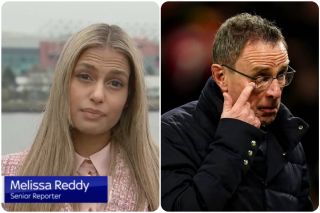 The 63-year-old became interim manager in December to replace Ole Gunnar Solskjaer and it was suggested that he would move into an advisory role at the end of the season.

My thinking at the time was, this is a positive development, that could really help Richard Arnold and John Murtough in the future because Rangnick knows all about running football clubs from his work with the Red Bull franchise.

Now it seems Rangnick won’t have much of an influence at the club – but the true specifics of his future role remain unknown.

Melissa Reddy claims United have told the German to focus on coaching and that she doesn’t expect his future role to be very hands on.

🗣 "They've told him to focus on coaching. We expect the role not to be very hands on."@MelissaReddy_ on Ralf Rangnick's future at Manchester United as an advisor pic.twitter.com/cXqfHGexHz

United hired a true football man in Rangnick – but to not take advantage of his knowledge over the coming years would be real shame. Talking about missing out on a brilliant opportunity to sheer the club in the right direction.