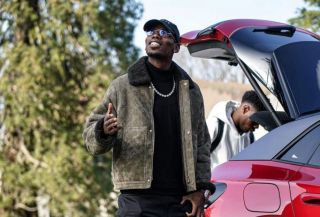 Paul Pogba’s future remains up in the air but the midfielder appears happy to be back with France national team.

The midfielder has been linked with moves to Real Madrid, Juventus and Paris Saint-Germain and his current deal at Manchester United expires in the summer.

France take on Ivory Coast and South Africa in friendlies over the international break and Pogba sounds happy to be back with his international team-mates.

Pogba took to Instagram on Monday evening to post a picture of himself arriving for international duty. He captioned the post: “So happy to be back with the national team. The last few days obviously haven’t been easy after the burglary at my home and the Champions League exit, so it feels great to be reunited with my @equipefrance family and concentrate on doing what I love again. Allez les Bleus!”

Does he not love playing for United? That would explain why he hasn’t committed his future to the club and maybe why he has been unable to play at a consistent level since rejoining the club from Juventus in 2016.

Raphael Varane was also called up to the France squad.