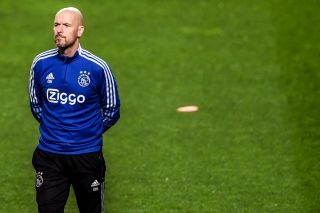 Manchester United have drawn up a four-man shortlist to take over as manager in the summer.

The team has underperformed this season and it currently looks like Champions League qualification will be a challenge, with Arsenal’s form picking up in the race for a top four finish in the Premier League.

Interim manager Ralf Rangnick arrived in December following Ole Gunnar Solskjaer’s dismissal, but results have hardly picked up leaving United out of the hunt for silverware for a fifth consecutive year.

Sky Sports has rubbished rumours of Thomas Tuchel being approached by United as “media talk,” which was ironically started by one of their leading pundits Jamie Carragher, who wrote a column for The Telegraph outlining why the German would be a good match for the big seat at Old Trafford.

Enrique seems unlikely as he is expected to lead Spain to the World Cup in Qatar later this year, whereas Lopetegui would be a pretty underwhelming appointment.

Pochettino has an advantage over the other three because of his Premier League experience – managing both Southampton and Tottenham Hotspur in the past – but Ten Hag also stands a chance, with United aware that he is popular choice among fans.

There are question marks over how the Dutchman would function as manager in a completely different structure, at a club of the size, stature and constant pressure and attention as United.

Those seem like fair questions, but it didn’t prevent Jurgen Klopp from having a huge impact at Liverpool following his move from Borussia Dortmund in 2015.

United need to wake up and prioritise on-pitch success ahead of commercial growth, hence why it’s time fans to get together in a push for force the Glazer family out of the club.

Appointing a new manager won’t fix the biggest problems that exist at United.

5 responses to “Manchester United draw up four-man list for manager role, not including Thomas Tuchel”