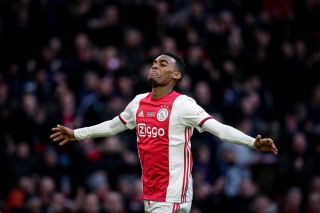 According to a report from De Telegraaf journalist Mike Verweij, Bayern Munich have made a €25m offer to Ajax for midfielder Ryan Gravenberch.

It is reported that Bayern Munich CEO Oliver Kahn and two other directors visited Gravenberch on Ajax, after Benfica knocked the Dutch side out of the Champions League, to hold talks over a future move.

This will be of interest to Manchester United because Gravenberch has also been linked with a summer move to Old Trafford, although The Athletic claim that he prefers a move to Bayern Munich.

Ajax want more, negotiation has just started. Ryan's out of contract in 2023 and won't sign a new deal. pic.twitter.com/vwZ9X1E8PQ

The physical 19-year-old is unlikely to be a starter an immediate for Bayern, but United may have a new midfield next season, especially if he follows Erik ten Hag. He would be set to fall behind players like Joshua Kimmich, Leon Goretzka and Jamal Musiala in the pecking order in Bavaria.

It is understood that Ajax will hold out for €35m for the midfielder, which means Bayern have left room for negotiation with their first offer.