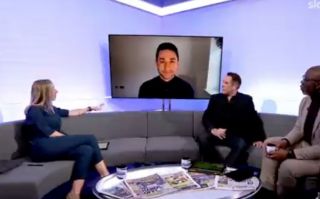 Respected journalist David Ornstein says it is a two-horse race for the Manchester United job this summer.

It won’t come as a surprise to anyone that Ornstein is talking about Mauricio Pochettino and Erik ten Hag, who have been linked with the position ever since Ole Gunnar Solskjaer’s dismissal in November.

United opted to hire an interim manager instead but Ralf Rangnick is expected to move into an advisory role at the end of the season.

Ornstein says there are other managers who could be considered, but he would be surprised if neither Pochettino nor Ten Hag got the job. On top of that, Chelsea manager Thomas Tuchel “is not available,” according to The Athletic reporter, but he still appeals to United.

He adds that United want to decide on their next manager before the end of March.

David Ornstein says that he sees it as a two-way battle for who becomes the next Manchester United manager 👀 pic.twitter.com/yQHVxNi7jP

Ten Hag seems the most popular candidate among fans right now and his Ajax side had a terrific comeback win over Feyenoord this weekend.

Meanwhile, PSG lost 3-0 away to Monaco.