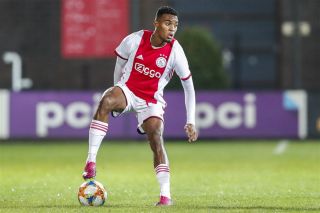 Ajax star Ryan Gravenberch is the latest midfielder to get linked with a move to Manchester United this summer.

United’s midfield has been subject to criticism for years and it would be a good idea for the next manager to improve that area of the team, if he is to have any success at Old Trafford.

That makes it a priority to bolster the midfield this summer which will be difficult knowing that it’s likely that Paul Pogba will leave the club as a free agent, with Ryan Gravenberch emerging as one of the names on the club’s list of potential targets.

However, according to The Athletic, the 19-year-old would prefer a summer move to Bayern Munich, where his agent Mino Raiola already has players on the payroll.

The Ajax midfielder has become a key component in Erik ten Hag’s side. His valuation currently stands at £31.5m, as per Transfermarkt.

And with Ten Hag leading the race to become United manager in the summer, it was only a matter of time before the Reds would be linked with a series of Ajax players.

We have already reported on the links to Brazilian forward Antony but the focus has seemingly turned to Gravenberch for now.

Standing at 6’2 tall, the Netherlands international would be a physical presence in United’s midfield, which is obviously important in the Premier League.