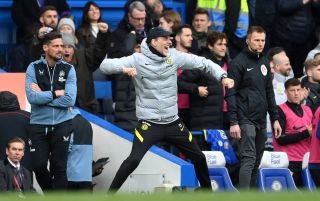 Chelsea manager Thomas Tuchel is being heavily linked with the Manchester United job.

The rumours started to spread after Jamie Carragher wrote a column for The Telegraph suggesting that an offer from United would be too good to turn down. The former Liverpool defender then hit back at the criticism he received from Chelsea fans by calling them hypocritical.

However, Chelsea are in desperate need of a new owner after sanctions were imposed on Roman Abramovic following Russia’s invasion of Ukraine.

It’s claimed that Chelsea would find it difficult to reject a ‘generous compensation package’ from United for their manager, who has become first choice ahead of leading candidates Mauricio Pochettino and Erik ten Hag.

United are understood to be impressed by how Tuchel is handing Chelsea’s crisis — saying the right things and trying to focus on results.

Hopefully the Reds get encouragement from Tuchel’s entourage, although I have a feeling he will wait until the summer to see if things improve at Stamford Bridge.