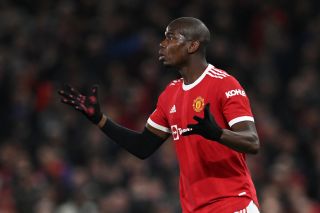 Another Manchester United player has had their house broken into.

Paul Pogba was the latest victim of a break-in last night while United were playing Atletico Madrid in the UEFA Champions League.

In an attempt to find those responsible for breaking into Pogba’s house, the Manchester United midfielder took to social media on Wednesday night, with a public appeal for information.

Check out Pogba’s statement via @paulpogba:

It goes without saying this is a horrible experience for any family to witness, especially when his kids were asleep in their bedrooms, in a location they should feel safe.

Anyone who has their home broken into will understand that losing material items is bad, but it can be worse having your personal space invaded.

We hope those responsible are caught and dealt with appropriately.

Pogba could soon leave Manchester when his contract at United expires at the end of the season.

Although the France international could remain at Old Trafford, it is understood that there will be significant interest from PSG and Real Madrid in the summer.