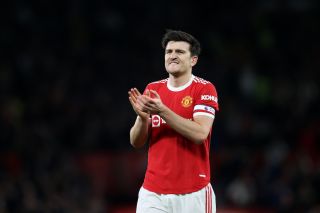 Manchester United are looking to secure their spot in the quarter-finals of the Champions League when they welcome Atletico Madrid to Old Trafford in the second leg of their 16 tie.

The tie is level at 1-1 after Anthony Elanga came off the bench in the first leg to equalise for United.

Rangnick’s side were far from their best at the Wanda Metropolitano, but they got a confidence boost on Saturday after beating Tottenham 3-2 thanks to a hat-trick from Cristiano Ronaldo.

Meanwhile, Atleti enjoyed a 2-1 victory over Cadiz on Friday night. That was enough to lift them back into top four, despite being crowned La Liga champions last season.

Looking at the team news, the Reds could be without Luke Shaw at left-back but everyone else is available for selection.

David de Gea will start between the sticks against his former club.

Unlike the first leg in Madrid, United won’t try to shoehorn a centre-back into a full-back role, so Diogo Dalot and Alex Telles will operate the flanks.

I think Harry Maguire will be dropped for Victor Lindelof, with the Swede coming in to partner Raphael Varane in the heart of defence.

It is important that United’s midfield works hard tomorrow night. Scott McTominay and Bruno Fernandes will return to the line-up, while Fred deserves to start after his incredible display against Tottenham at the weekend. I know that means leaving Paul Pogba on the bench from the start but the French midfielder was very quiet in his last outing.

Ronaldo will lead the line with Marcus Rashford and Jadon Sancho.