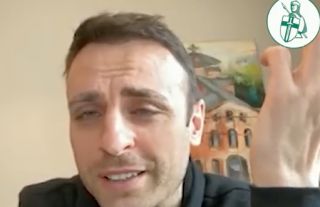 The former United striker would also like to see the Reds sign Erling Haaland and Marco Verratti to address other problems in the team.

However, Haaland looks set to join Manchester City in the summer, as per the Daily Mail. Italy international Veratti also two years remaining on his deal at Paris Saint-Germain and is regarded as one of the best central midfielders in the world.

But Rudiger, 29, is enjoying a fantastic season at Chelsea. He’s easily been one of their most consistent performers and it doesn’t look like he will be staying after sanctions were imposed on Chelsea owner Roman Abramovich.

“Manchester United do need to sign a centre-back,” Berbatov told the Daily Express. “They have five players for that position, and still things are not going quite well.

“[I will say] Rudiger because I’m concentrated on him. But he, based on his performances, is a good fit, honestly. He’s aggressive. He’s good on the ball, so he can be a good choice.”

Stretty News understands that United have already contacted Rudiger’s representatives and have asked to be kept up to date with the situation.

The Germany international is waiting on an offer from Paris Saint-Germain which could see the player make a financially motivated decision.