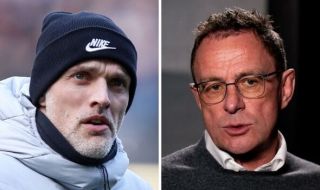 The interim boss, who is scheduled to move into an advisory role at the end of the season, has known Tuchel for years so he was bound to be asked about whether United would try to take advantage from Chelsea’s dire situation.

Sanctions were imposed by the UK government against Chelsea owner Roman Abramovich, who has now been disqualified by the Premier League, as per The Independent, due to his links to Russian president Vladimir Putin amid the ongoing invasion of Ukraine.

United fans got excited when Jamie Carragher wrote his column on Thursday because it suggested that United should attempt to prise Tuchel from Chelsea. This is someone who played under Rangnick at Ulm and became one of the United manager’s youth coaches at Stuttgart.

Of course, Rangnick was focused on the game at hand against Tottenham and was never going to speculate over the possibility of United poaching Tuchel at the end of the season.

“It doesn’t make sense at all to even think or speculate about that,” Rangnick said (via Manchester Evening News. “Yes, Thomas Tuchel is a top manager. Yes, I know him well. Yes, he was a player of mine in Ulm. Yes, he took his first job as a football coach in Stuttgart when I was the head coach there.

“We all know that but he is the manager of Chelsea right now, they’re third, they’re still in the Champions League and only because there are issues now around the ownership of this club, to speculate about maybe him being a candidate for the manager’s here in the summer doesn’t make sense to do that.”