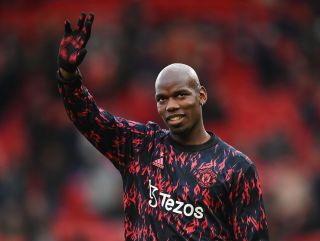 Manchester United star Paul Pogba has a new look… and we like it!

The Frenchman is known for often putting colour through his hair and showing off the craziest of styles, but he’s elected for a dramatic new look.

Pogba starts in a three-man midfield along with Nemanja Matic and Fred.

Pogba has been out warming up ahead of kick off at Old Trafford when fans first got a glimpse of his shaved head.

It’s nothing flashy and may epitomise the need for this United team get business done. We need to show anger and desire on the pitch today, so I’m digging the shaved look.

Let us know your scoreline predictions for the 5:3pm kick-off in the comment section below.