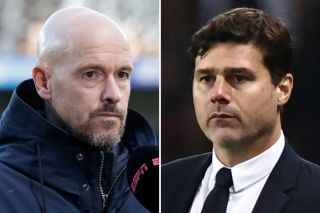 Mauricio Pochettino’s future at Paris Saint-Germain is hanging by a thread and it sounds like the Argentine has a couple of admirers in the Manchester United dressing room.

The French giants were 2-0 ahead on aggregate but still managed to crash out of the Champions League last-16 after conceding a late hat-trick in Madrid on Wednesday night.

Pochettino, 50, has one year left on his contract at PSG but he is expected to be dismissed after failing to deliver Europe’s biggest prize. It is unclear at this moment whether PSG will sack him now or wait until the end of the season, with the team currently on track to win the Ligue 1 title, but the speculation is not going anywhere anytime soon.

According to The Times, Pochettino is believed to be the favoured candidate within the Manchester United squad to become their next manager at the end of the season.

The other big name in the running is Erik ten Hag, and it is suggested that he has already been asking about the squad via third parties.

It is important that the players have respect for whoever gets the job, but that has not always been the case under Ralf Rangnick, with a series of leaks coming out of the dressing room on what seems to be a weekly basis.

I just hope it’s not long before we — United fans — can start enjoying football again.

That feels impossible at times when we’ve got members in the dressing room leaking information that should be kept in the club.