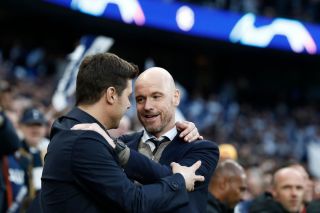 The decision-makers at Manchester United are concerned. They’ve had months to find a new manager and it doesn’t sound like appointing the next man will be straightforward due to our performances this season.

According to ESPN, United chiefs are increasingly concerned that a chaotic end to the season, which would see the team fail to finish in the top four, will have a damaging impact on their search for a permanent manager.

United’s pull factor is unmatched in world football but the job will be less exciting for whoever takes over, if the Reds aren’t in the Champions League.

One leading candidate made a name for himself by making Tottenham Hotspur a regular outfit in Europe’s biggest competition – something only the Glazers would consider a success at Old Trafford.

United dipping in and out of the Champions League was something seen as an issue Ole Gunnar Solskjaer could tackle. The Norwegian was dismissed in November after a shocking start to the season, despite the team finishing runners-up to Manchester City last term.

Mauricio Pochettino has since led Spurs to a Champions League final, but this week his Paris Saint-Germain side threw away a two-goal advantage in their last-16 round clash with Real Madrid, and plenty of United fans were quick to suggest he had an egg on his face. Meanwhile, former United defender, Rio Ferdinand, argued that PSG have a heritage issue (how Jose!).

Then there’s Erik ten Hag, who, not only took Ajax to the Champions League semi-finals in 2019, but has won two Eredivisie titles after joining the club in 2017.  His comments after a recent 3-2 win against RKC Waalwijk really impressed me. Ajax had given up a 2-0 half-time lead for their opponents to tie it at 2-2, before Dusan Tadic scored a late winner to seal the three points.

Speaking to ESPN Netherlands, Ten Hag said: “If it is 2-0 at half-time, then you should actually run to 5-0. That often happens, but not tonight. We escaped.

“There was a dramatic switch. Then we started taking a lot of risks. Taking too much risk.”

We already know that Ten Hag likes possession-based attacking football and Ajax are a side that have enjoyed brilliant results under his guidance. He also talks like a manager who could instill belief in a couple of our players.

I thought by March we would know which way the club is leaning when it comes to Pochettino and Ten Hag.

Could this see United stuck with Ralf Rangnick?

Well, that would explain why the German hasn’t ruled out staying out beyond the end of the season, though we all know at this stage that he would be better suited to a role upstairs as an advisory.

Rangnick appears to be a very good coach but we haven’t got enough people with football minds upstairs and I really hope the German is allowed to have an influence on the running of the club.

He could make a big difference.