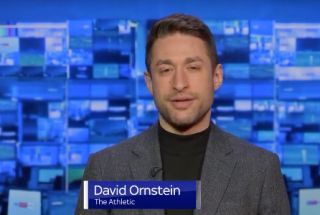 Manchester United are working to appoint a new manager before the end of the season.

According to The Times, Mauricio Pochettino is favoured by members of the United dressing room, but Erik ten Hag has started doing background research on the players in the squad.

We will be checking every outlet in the coming weeks for updates but it sounds like United are moving as fast as they can to secure a manager ahead of the transfer window. That would at least allow the club to plan under the new man — both short-term and long-term.

The Athletic’s David Ornstein provided an update for Sky Sports News this morning, saying: “Manchester United are well into their process to appoint the new permanent manager, Erik then Hag is one of the candidates and Pochettino too.

“There have been suggestions around Luis Enrique and a number of other candidates, so I think there will be backup options as well, and that’s why you saw reports about Carlo Ancelotti, Ralph Hasenhuttl and Graham Potter.

“They will be keeping their eye on a number of coaches but it’s really been a case of those two names: Pochettino and Ten Hag.

“United, as I understand it, have met some of their candidates now and are getting on with that process. Dialogue is flowing and they want to make a decision as soon as they can, so in the coming weeks to allow the manager, whoever it may be, has time to be part of the decision making process over the construction of the squad for next season and beyond.”

He also adds: “I don’t think it will be too long before we get a clear picture of who it’s going to be.”

🗣 "Manchester United are well into their process to appoint the new permanent manager, Erik ten Hag is one of the candidates and Pochettino too."@David_Ornstein updates on the recruitment process for Manchester United's next manager pic.twitter.com/wpfvSBTPjp

Let us know in the comments section who you would like in charge of United next season?