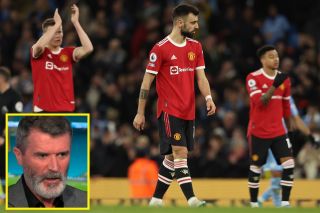 Anyone who listens to talkSPORT knows they get lots of football supporters on air and the conversation is usually knee jerk.

I respect the fact they give everyone a chance to air their views about their football clubs on radio, but I personally opt for other radio stations that approach football chat a little differently.

However, this morning I stumbled across a clip on social media from talkSPORT, featuring a caller who thinks Roy Keane is the best man for the Manchester United job.

❌ “I’m not the biggest fan of Poch, but I wouldn’t be against having him.”

John the #MUFC fan says Roy Keane is the right man for the club & not Mauricio Pochettino! pic.twitter.com/7ZcV3LzDn0

John explains that he doesn’t think the United players will listen to Mauricio Pochettino and thinks Keane is the best option out there, after the Irishman recently turned down a job to manage Sunderland in League One…

I get that Keane epitomises a lot of the things we love in a proper United player, but I don’t think he has done anything of note as a manager to warrant such a job when it’s clear the club are looking for a long-term solution.

It would be carnage and, as much as I’d love to see some of our players receive heated treatment from Keane, especially after the derby last Sunday, the club needs to make the right decision this time.

Sadly, I don’t think Keane would know how to fix the mess at United.