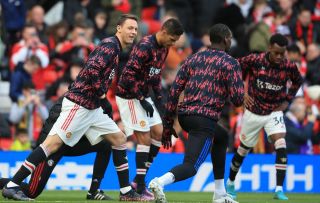 Instead of drawing confidence from our last outing, which we can’t after losing 4-1 against Manchester City, the Serb reflects to the last time we played Tottenham Hotspur, in October 2021.

The Reds came away from the capital with a 3-0 victory, but there has been huge changes made in the dugouts since that match. For starters, Antonio Conte replaced Nuno Espirito Santo as Spurs manager and Ralf Rangnick took over from Ole Gunnar Solskjaer on a temporary basis.

Matic has urged his teammates to approach this meeting with Tottenham in a different manner to the last because they can be a different animal under Conte. However, Spurs suffer with the same levels of inconsistency as United, with both teams hanging on to the top four fight by a thread.

“Yes of course, it’s always good when you win the game, but that game [at Tottenham] is a long time ago,” the midfielder told club media (via ManUtd.com).

“We have to be focused now more because, since then, they change the manager, we also changed the manager, so we have to take this game as a new challenge.

It will be interesting to see if Matic starts because our midfield could do with some grit and experience to deal with the players Conte has available.

Moreover, the Serb won’t underestimate this weekend’s opponents after watching them hammer Leeds United and Everton in recent outings.

“They played very well as a team [against Everton]. I watched the last game and Harry Kane is in a good moment.

“It will be a hard game for us but I’m sure we’ll have a response for that.”

He concluded: “For us, every game is a final until the end of the season.

“We have to win almost every game to secure the Champions League place, so I’m sure that we’ll be mentally ready and physically, I’m sure we’ll do everything to win [on Saturday].”