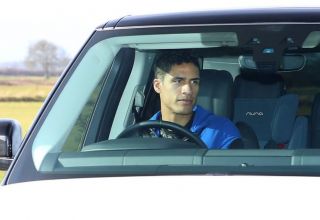 Manchester United have been handed a big boost in training with Raphael Varane returning after testing positive from COVID-19.

It was pretty clear that the French centre-back was missed in the 4-1 defeat to Manchester City on Sunday, but at least the World Cup-winner will be in contention to face Tottenham on Saturday.

The Reds cannot afford to drop more points this weekend if they really want to challenge for a place in the top four, with Tottenham sat in a similar situation trailing behind Arsenal.

Varane was pictured arriving at training this morning thanks to photographers sent by the Manchester Evening News.

🗞 Raphael Varane has returned for training at #mufc. [MEN] pic.twitter.com/m4gtdDsXGP

It won’t come as a surprise to anyone that United have suffered their worst defeats this season without Varane, as listed below:

Moreover, when you compare defensive partners this season, Varane and Harry Maguire has worked best since United have not lost a match with that defensive pairing on the pitch.

It goes without saying that the 28-year-old has an array of experience at the top level, and he very rarely puts a foot wrong.