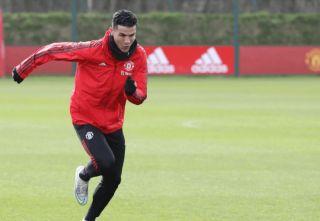 As we reported earlier, Ronaldo has not trained with the first team since missing Sunday’s Manchester derby with a hip injury.

Ronaldo was spotting at the club’s training complex on Tuesday when a decision was made to hold off on training with the group, as per the Telegraph, at least until the 37-year-old fully recovers from the knock.

That could make him a doubt for Saturday’s top four clash against Tottenham Hotspur, but at least Ronaldo is training on grass and doing it utmost to recover in time.

We may have to risk him with it being a must win game against Tottenham.

But it will intriguing to see if Ralf Rangnick sticks to a false nine if Ronaldo is ruled out, or we could be lucky to see Edinson Cavani finally return to the matchday squad.

The Uruguayan missed the derby despite being passed fit two days prior by the manager.