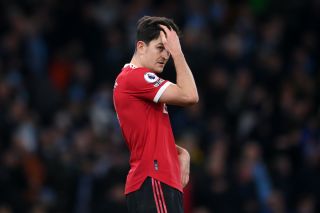 It seems like everyone has it in for the under fire United captain at the moment, but O’Shea has defended the 29-year-old amid claims he is not good enough to lead a United defence that can challenge for major trophies once again.

The England international’s lack of pace stops United from playing a high defensive line against the better teams. Liverpool and Man City have both pressed high up the pitch against us this season, but we look a team that is incapable of doing that. Even when we did, against Watford, the game ended as a scoreless draw.

Of course, O’Shea knows a thing or two about being in successful United sides and he had a very good career at international level too, representing the Republic of Ireland. During his time at Old Trafford he won five Premier League titles but we’ve come a long way from those days.

O’Shea told BBC Radio 5 Live: “He’s a top international defender. He’s having a bit of a tough spell but it’s not just him.

“It’s amazing when you listen to the calls. Fans are so emotional and rightly so. That’s why you love and support teams, but of those fans, when Harry Maguire was playing for England, they were loving him.

“Harry is a good player but he’s probably just having a tough spell and he’s got to come through it.

“It’s one of those things that everything gets highlighted at the moment and you just have to train hard and come through these moments.”

Can Maguire come through this, though?

United will be hiring a new manager in the summer and it has already been noted that the club will be looking to sign a quick centre-back in the summer.