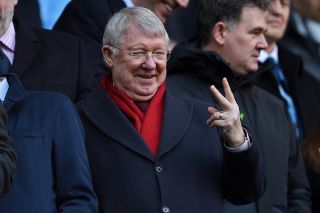 Manchester United made the short trip to the Etihad Stadium to face local rivals Manchester City on Sunday. Derby day had consumed Manchester and both sides were keen to get one over on their old foe.

United were looking to register four consecutive away wins against City for the first time since a run between November 1993 and November 2000. Ironically, Premier League meetings between the two had seen the away side win more often than in any other in the history of the competition.

67% of City’s Premier League defeats this season had come in home games, including a defeat against Tottenham Hotspur in their previous home outing. Manager Pep Guardiola had only suffered back-to-back home league defeats on one other occasion.

United, while struggling to find goals of late, had created 19 big chances in their last 6 games — the 2nd most in the league. Despite converting only 5 of these, there was a growing feeling that the goals were going to start raining in soon. The travelling contingent were hopeful that today would be that day.

Following Arsenal’s victory at Watford, United found themselves a point out of the top four, having played two games more than the Gunners. If ever there was a time to stand up and be counted, today was that day.

United were without Portuguese superstar, Cristiano Ronaldo, and an intriguing attacking line-up of Jadon Sancho, Bruno Fernandes and Anthony Elanga would look to put their rivals to work early on. City would look to control much of the ball and United would need to remain focused.

United started the game strongly and looked to press City from the off. It was a positive opening for the visitors and one that inspired confidence. Despite the promising start, City would break the deadlock after just 5 minutes. A passage of attractive link-up play between Bernardo Silva and Jack Grealish presented Kevin De Bruyne with an opportunity that he slotted home. A disastrous start for United.

Despite the early adversity, the visitors continued with the game plan and forced City onto the back foot. In somewhat of a shake-up for the statisticians, United were enjoying more of the ball, pressing City continuously and forcing the home side to rely on counter-attacking moments: Further evidence of the growing influence of Ralf Rangnick.

United may have been a goal down, but they were excellent for the opening 20 minutes. Thankfully, the reds would be rewarded for their play with an excellent team goal. Intricate passing from back to front presented the brilliant Sancho with the ball on the edge of the box, with the Englishman expertly slotting into the bottom corner.

The game progressed in entertaining fashion with both sides enjoying spells of possession. City were beginning to enjoy continued success down their left side and took the lead through De Bruyne once more. A disappointing defensive transition allowing Phil Foden the opportunity to break the United defence, and a passage of ping-pong inevitably laying the ball on a plate for the Belgian. 2-1 City.

The game continued in the same entertaining fashion and both sides enjoyed passages of possession. United never retreated in their play and this allowed an extremely enjoyable spectacle. The reds would be presented with half an opportunity to end the half on level terms. A well-worked corner fashioned a chance for Alex Telles, only for Jon Stones to get his body in the way.

The sides would go in with City holding a narrow lead. Two moments of defensive frailty being the visitor’s nemesis, although the overall play would be enough to inspire confidence in a second-half fightback.

Unfortunately, the restart saw a rejuvenated City take control of the game and they dominated the next 15 minutes. United were living on moments and seemed to lack that clean cutting edge that supplied much promise in the opening 45. This was setting the tone for a very long second half.

Rangnick opted to change his setup on the hour and introduced Marcus Rashford and Jesse Lingard. Rashford would have been keen to start the game and had 30+ minutes to cement his footprint on this fascinating derby. All eyes were on the Englishman as his recent run of poor form was very much at the forefront.

City added a third after 68 minutes and received reward for their control of the second half. A brilliant corner from De Bruyne expertly slotted home by the unmarked Mahrez. The game was getting away from the reds and if the tide was to turn in their favour, they would need to rekindle the spark of the first half very soon.

Instead of standing up to the challenge and fighting for the jersey, this particular team appeared to down tools. The side strolled around the pitch, allowing City to dictate play with ease and lacked any form of cutting edge. City held 90% possession for 10 minutes and United couldn’t lay a glove. Any loyal supporter can accept a defeat, that is the nature of sport. It’s an apparent lack of desire that will not be tolerated and that is the greatest kick in the teeth to any fan.

The endless pressure inevitably resulted in a fourth goal and Mahrez gained his brace. 4-1 to City, a game of halves and a tremendously disheartening second-half from United. It was the first stern Premier League test for Rangnick and he has an extremely difficult job in dissecting where it all capitulated. I’ve said it before and I’ll say it again, the sooner that half a dozen players leave this football club, the sooner we can bleed a new generation of players that want to play for the badge.

3 responses to “5 talking points from a shocking Manchester derby”