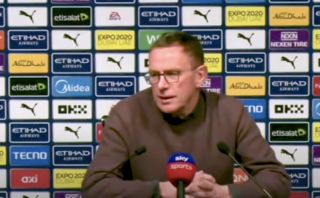 Manchester United was thumped 4-1 against rivals Manchester City in the Premier League on Sunday.

The Red Devils came into last weekend’s intriguing encounter at the Etihad Stadium in patchy form and were rightfully the game’s overwhelming underdogs.

City, on the other hand, knew that anything less than a win would open the door for Jurgen Klopp’s Liverpool to continue pressurising the league’s top spot.

The Citizens, led by Spanish tactician Pep Guardiola, did not disappoint – they were rampant from start to finish with braces from Kevin De Bruyne and Riyad Mahrez enough to see off their bitter rivals.

Despite City’s dominance, United fans would have been fearing the worse even before a ball was kicked though. 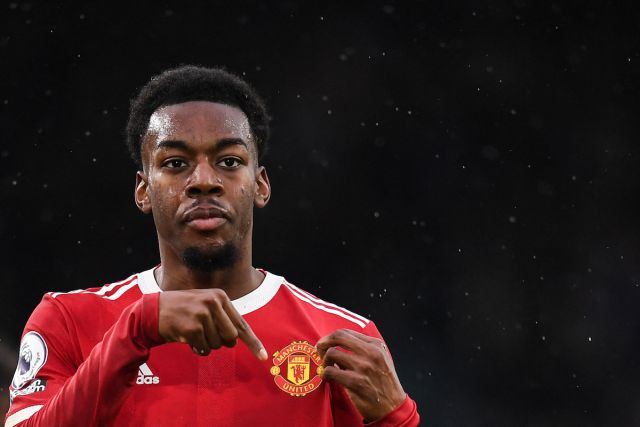 Star striker Cristiano Ronaldo was ruled out through injury shortly before the game.

Interim boss Ralf Rangnick revealed the Portuguese megastar had suffered another hip flexor injury but the news that the 37-year-old was ruled out did not go down well with former club captain Roy Keane.

Speaking about the five-time Ballon d’Or winner’s latest spell on the sidelines, Keane said: “We talk about Ronaldo being a machine, very rarely injured then every now and again he comes out with “hip flexor” it doesn’t add up to me.”

🗣 “We talk about Ronaldo being a machine, very rarely injured then every now and again he comes out with “hip flexor” it doesn’t add up to me.”

Reacting to Keane’s pre-match comments regarding the legitimacy of Ronaldo’s injury after the game, Rangnick, who spoke to reporters, said: “I have to believe my medical department.

“Our doctors came to see me on Friday morning before training and told me Cristiano cannot train because of some problems with his hip flexor.

“The same was true on Saturday and that is why he could not be part of the squad.”