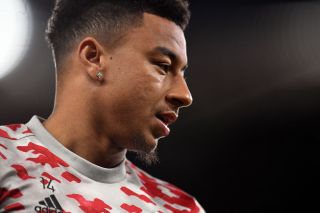 Jesse Lingard has joined the worrying list of Manchester United stars to have their homes broken into by thieves.

It was first reported by The Sun on Saturday morning that Lingard’s house in Greater Manchester was targeted while United drew 2-2 with Aston Villa in January.

Lingard was at Villa Park on the night and £100,000 is believed to have been stolen in clothes and jewellery.

As a result, Lingard has placed his property on the market, but he was always likely to leave Manchester in the summer when his contract at United expires. The England international has been strongly linked with a moves to Newcastle United and West Ham.

However, Victor Lindelof’s wife and young children were left terrified when burglars broke into their property while United played Brentford earlier this season, so this is becoming a trend with thugs, who are clearly looking for expensive goods to steal.

It is understood that Marcus Rashford has stepped up his level of security and this raises questions over whether Premier League clubs should hire security teams to take care of their players.

Something needs to be done to stop this.